Open Data portal launched by the National Computer Board

In 2015, along with folks from the various tech communities in Mauritius, I participated in an Open Data Readiness Assessment1 carried out by the World Bank, which comprised of workshops in which we discussed about the datasets that would be useful to the community and could be readily made available by the government agencies.

In April 2016 a National Open Data Policy was adopted2 by the government.

Cabinet has agreed to the introduction of a National Open Data Policy to enable Ministries, Departments and other Government agencies to release and manage designated Government datasets as open data. Data held by Government constitute a strategic national resource, which represents considerable value for stimulating economic growth, improving service delivery, transforming the policy outcomes of the country and contributing to achieve the “second economic miracle” and Vision 2030. The main objective of the National Open Data Policy is to create economic value out of the releases of Government datasets as open data.

The tender3 for the procurement of an Open Data Portal was published in December 2016. The portal4 was launched a few weeks ago, containing 100 datasets in various categories such as trade, transport, finance, election, education, ICT etc. 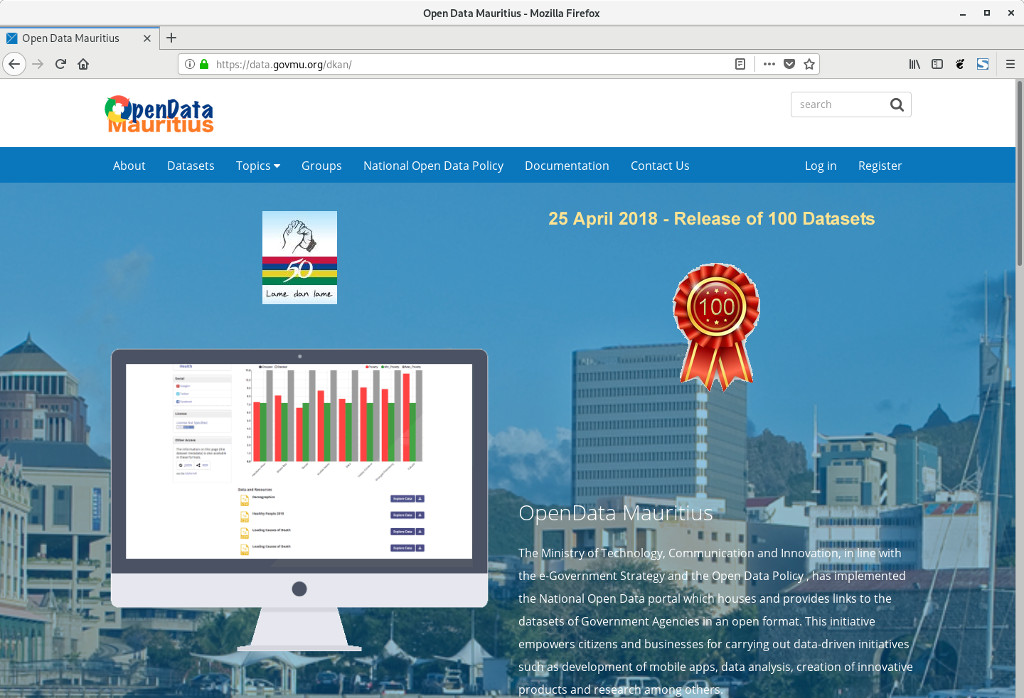 On the 27th April 2018 the National Computer Board (NCB) organized a workshop themed “institutional support for Open Data”. My developer colleagues at La Sentinelle and I attended the workshop at the Holiday Inn resort in Mont Tresor, Plaine Magnien.

I commend the team’s effort; in fact, I was hoping to meet R. Hawabhay, CTO of the Ministry of TCI, to congratulate him on the culmination of the Open Data project, but he wasn’t present unfortunately.

Wonderful news from Mauritius - #OpenData goes live! I remember so well convening the first meeting of the govt CIO with the young tech community in 2015. Thanks @IshSookun and go do great things with it! @worldbankdata #data4good https://t.co/pnHQN2toTX

The workshop was devided in two sessions:

Gavin Chait, lead consultant at Whythawk (The Open Data Professionals), shared his experience fighting for data and he presented case studies on how data is obtained and used. Even with a Freedom of Information Act in the UK, obtaining information from government agencies are not always easy, he explained. We should expect the process to be slow but it’s not a reason to give up.

In the second session, Gavin, presented infographic that were created using various tools such as Matplotlib, Pandas and Datawrapper. He encouraged participants to use those tools, extend their support to fellow journalists and bring more compelling stories with infographic. Data belongs in the newsroom he said and mentioned that data hackers should not be hiding but instead be at the center of the action, the newsroom.

A talk about concurrency by Renghen