I had my «openSUSE bug hunting» presentation scheduled at 09h30 this morning. I’m usually very lazy on Sundays but the enthusiasm of the Developers Conference is just an amazing feeling. Though we live on a small island, we get to meet some people maybe just once a year during this fun event. I picked up Shelly on the way and we reached Voilà Hotel at 09h05. Right at the hotel entrance Yash was waiting, he might have seen us coming. We went upstairs chatting and met JoKi. My presentation was scheduled at the Accelerator and I thought I’d just go and test the gear. Aargh! The TV had only HDMI cable and my ThinkPad had VGA & a Mini DisplayPort. That said, I needed an adapter. Joffrey who came around greeting everyone had a HDMI to VGA cable, which he lent me. At that same time JoKi also came with a Mini DisplayPort to HDMI convertor. Great! Then I had an adapter plus a backup.

I mirrored my laptop display and checked if everything’s fine. All good and it was 09h30. 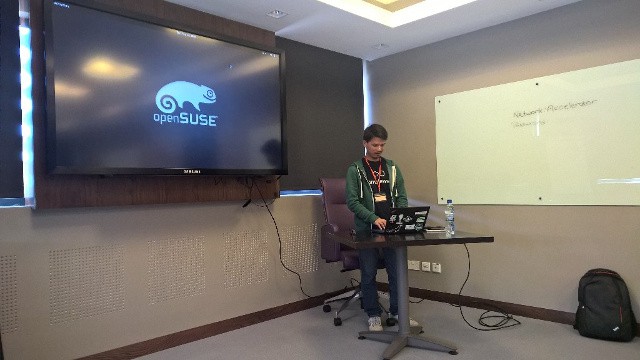 Thank you for the photo, Shelly :)

However, folks were still coming, so we thought let’s just wait till 09h45 giving a chance for others to arrive. Indeed I started at 09h45 sharp with a 3⁄4 full room and just a few minutes later it was «house full». That was great and a true encouragement though a Sunday morning.

Geek is getting ready for his #OpenSUSE session! #DevConMru pic.twitter.com/CEAIP8vEpA

Thank you for the (re-)tweets folks. :D

I chose the title of my prez «openSUSE bug hunting» from a blog post I wrote in 2013 while running «release candidates» of openSUSE. Starting the presentation I spoke about how some folks might organize special events working to hunt and find bugs, while some bugs we just encounter when doing regular tasks. What do we do when we find one of those bugs? Do we just ignore and think, «it’s just an error, nothing more», and we continue work? Do we search on the internet whether others encountered similar errors and if there is a fix? Few people ever consider filing a bug report through the right channel, unless it’s just a «button» away like some applications (e.g web browsers) offer.

Bug reporting most of the time require some information gathering from the system; that is where I took the presentation. Before diving further into the system though, I opened a few bug reports from openSUSE Bugzilla to show as example. I also gave a quick overview of the openSUSE Build Service and openSUSE Connect. That helped show the audience how to find package maintainers and get information about official and non-official packages.

I did not have slides; but I rather fired-up an openSUSE Vagrant box inside which I had setup an environment for demos. The rest of the «talking» happened within the Vagrant box. We looked at how to obtain system information using command-line utilities and from the /proc fs. Next we looked at digging for application error info in log files. We played with systemctl and journalctl which gave us clear and concise information about application states. We then queried using rpm and its various options to get as much information about packages that we can use when filing the bug report. At that time an openSUSE user from the audience said we can also use zypper to search for installed packages on the system. Yes, indeed, but rpm -qa | grep php shows no clutter compared to zypper se php. I however grabbed the opportunity to tell the audience that folks having a «debian lifestyle» can still type aptitude equivalents to search and install packages from the command-line; thanks to the «zypper-aptitude» compatibility scripts written by Bernhard M. Wiedemann.

All while we continued digging for application errors and how to search and sort things from the logs; I did a quick demo using Nginx and PHP-FPM.

We talked about the need of default configuration files after installing PHP 7 and that such changes need to be addressed with the «openSUSE factory» guys.

It was near 10h30 and Jeshan signaled me that the next speaker had already come. I asked for a last 5 mins to show something quick using the «strace» tool. Actually a university student asked me a question before the event and I invited him to come to the prez and ask the question again so we could altogether see how tracing tools can help us find useful information for bug reports. That part of the prez might be good for a separate blog post. I sincerely have to apologize to the next speaker if he is reading this post; we started 15 mins late and that surely must have impacted other presentations.

Eddy and I talked about work stuffs after the presentation. Then some of us went to Bagatelle food-court for a mini-break. When we came back Sun was preparing his gear for the next presentation. He talked about grid systems, explained what are decks & cards and how it’s used on lexpress.mu. He showed some hidden features of lexpress.mu, like what happens when you type «heart» or «superlsl» while you’re on the homepage and how the text is read if you type «kozer» while you’re on an article page.

Sun demoed the «live article» feature of lexpress.mu and the work needed behind to keep it light, simple and fast. He talked about «facebook instant articles» and definitely we’re proud to be the first media group, not just in Mauritius, but in the African continent to deploy the same.

After Sun’s presentation I met my ex-colleagues and we went for a pizza & beer lunch at Flying Dodo.

The pizza being late and as the Developers Conference closing ceremony had started Shelly, Ubeid and I rushed back.

JoKi’s wife, Mary Jane, Vincent, Louis, Arnaud and a few others, we had figured how to hijack JoKi’s speech and bring on some more party time to celebrate JoKi’s birthday. Yeah, he’s getting old, now it’s confirmed as he turns 40. Ubeid quickly edited some slides and we told JoKi that as he finished his speech thanking everyone, we had a quick stuff to show; some sort of observation we’ve made. Ahaan! That’s when Arnaud, helped by Mary Jane’s cousin, they brought that big cake along with its table.

Everybody cheered! Everybody laughed. We all had fun, we had cake, we took crazy photos and celebrated the end of Developers Conference 2016. 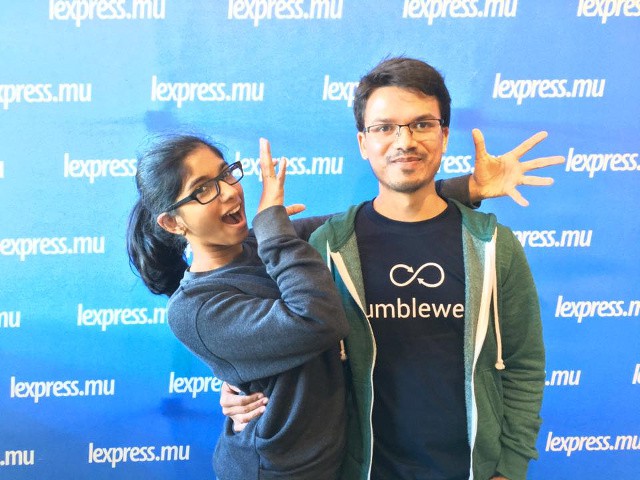 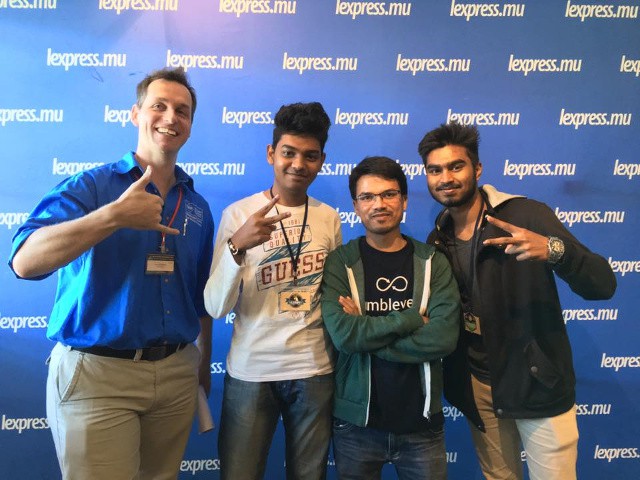 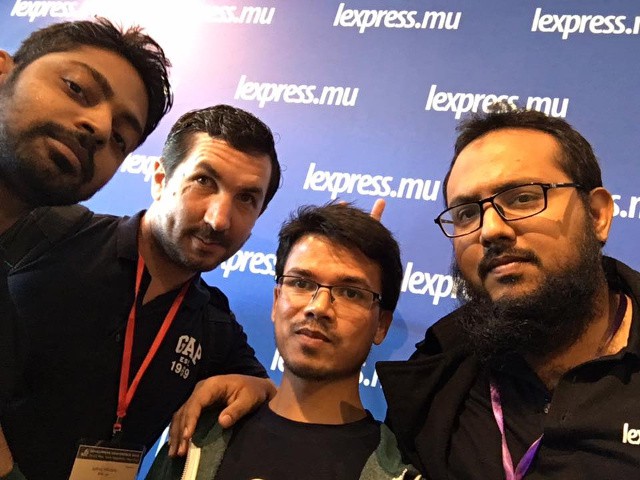 City Council of Barcelona switches from Microsoft Windows to Linux