We had one of the much awaited LUGM meetups today. This meetup comprised of two presentations:

It was held at Ebène Accelerator, Orange Tower, Ebène. I reached earlier, got time to have my lunch and a while later Logan came. We were having a general chit-chat when Pawan came. He passed his driving test today, that was great to hear. 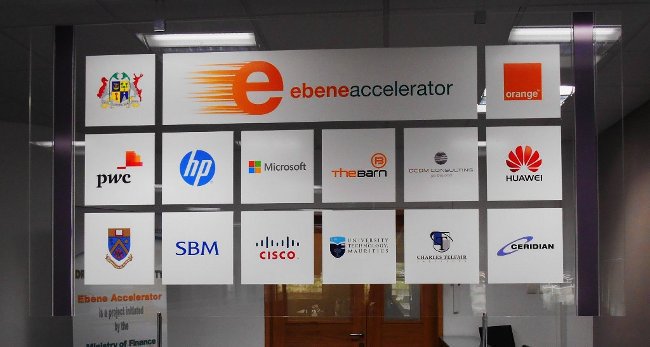 On the facebook event page we had 30 RSVPs. However, I felt less people will make it today since there was a LAN Gaming event at University of Mauritius. Most probably UoM Computer Club folks wouldn’t make it. Anyway, 19 people showed up, that was great already.

13h30, we started with the first presentation. OpenSSH 6.5 features, by Logan. He briefed us about the project, OpenSSH and a little bit about OpenBSD. Logan gave us an insight on where OpenSSH is used and why it is favored over Telnet. 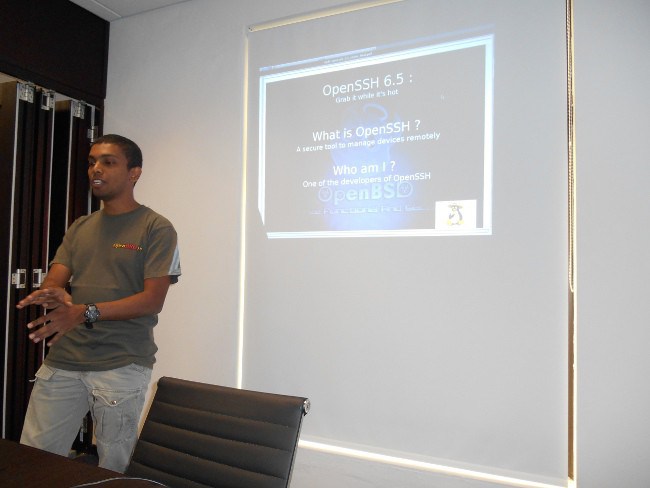 S. Moonesamy (SM) added a couple of quickie information which prompted a question & answer session. Especially when both explained the role of IETF (Internet Engineering Task Force) in assigning numbers & standardizing Internet stuffs. Simply said, IETF folks strive to engineer the Internet as we know it. 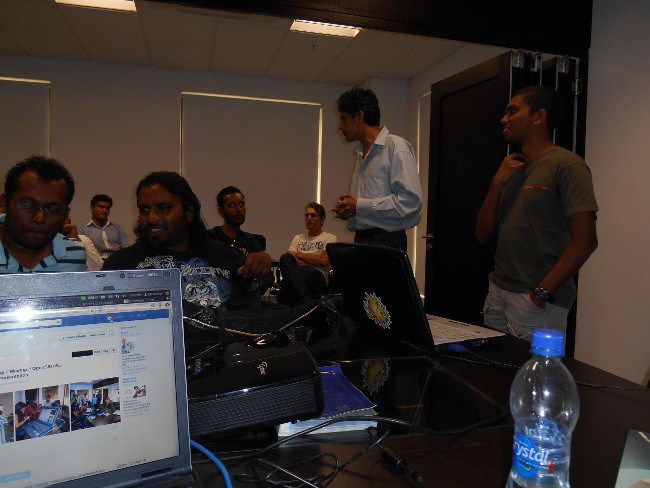 Back to the presentation Logan continued explaining new security features. He talked about Edward Snowden’s revelations and weakened crypto algorithms into the National Institute of Standards and Technology (NIST) standards. He talked about a new private key format, called Ed25519 and the ChaCha20 cipher. For those who were having trouble grasping this part, SM & Ajay gave a brief explanation about ciphers. Simply said, a cipher allows encryption of plain text data. However, Ajay highlighted that this does not guarantee data can’t be intercepted. It can be, but the obtained data is encrypted and pretty much unusable. Logan gave a small demo on generating keys using Ed25519 and how to connect using chacha20-poly1305 cipher. Among other new features is sandboxing support around pre-authentication part of the code. This however uses the Capsicum API which right now is available only in FreeBSD. Logan informed us work is being done to port Capsicum to Linux, which would enable Linux users to benefit from OpenSSH sandbox features in the near future. In the endnote, Logan stressed a few words on donation to the OpenBSD project. 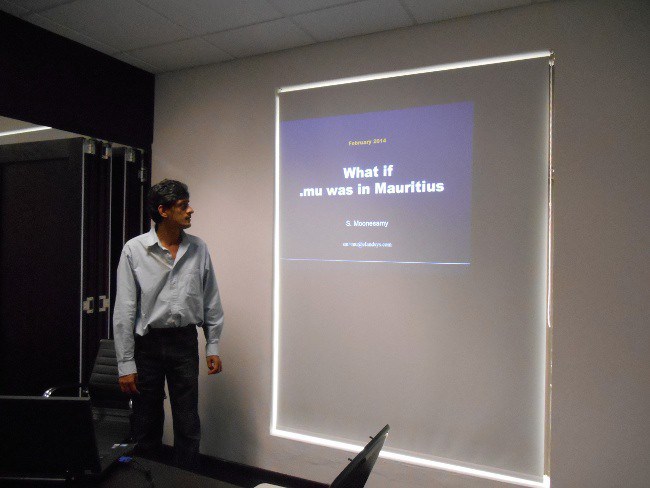 SM started by showing us a map of .mu servers around the world. He then showed us a slide containing information about loading time of a .mu page that wasn’t hosted in Mauritius. He compared that with websites hosted locally. Yes, there was a huge difference. His presentation was very much interactive in a way that involved everyone in the conference room. When he tossed about the online news websites, it seemed like everyone had something to add. Yup, something fun to add. Many of my comments never showed up on the news websites, my emails went unanswered. I wasn’t surprised to hear that I’m not the only one though. SM’s aim was not just to bring a topic about page loading speed, but having the .mu infrastructure locally would also contribute in lowering the price of the .mu domain. He showed us a table comparing prices of different TLDs (Top Level Domain). Whoop! .mu shines above with Rs 2,000 / year. I shouted I initially got my .in domain for Rs 90. Ajay then tossed the topic on DNSSEC and they briefly explained the technicality behind.

The debate on .mu was interesting and it involved participation of the audience as a whole. SM highlighted the importance of having technicians, admins, engineers & decision makers in the Mauritius Internet Users mailing list that he created. He hasn’t made the list public yet as it’s still in a kind of brainstorming phase where people are expressing the difficulties, issues and discussing about possible solutions.

Meetup finished on a happy-ending-note, with people willing to join & discuss further about bringing .mu to Mauritius.

Meetup finished on a happy-ending-note, with people willing to join & discuss further about bringing .mu to Mauritius.

Oh! Wait… I forgot the fun part. In the previous meetups we expressed the need of recording presentations. Nadim, Ajay and Pawan made it happen this time by providing the necessary gadgets. Once the videos are processed they should go on LUGM YouTube Channel. 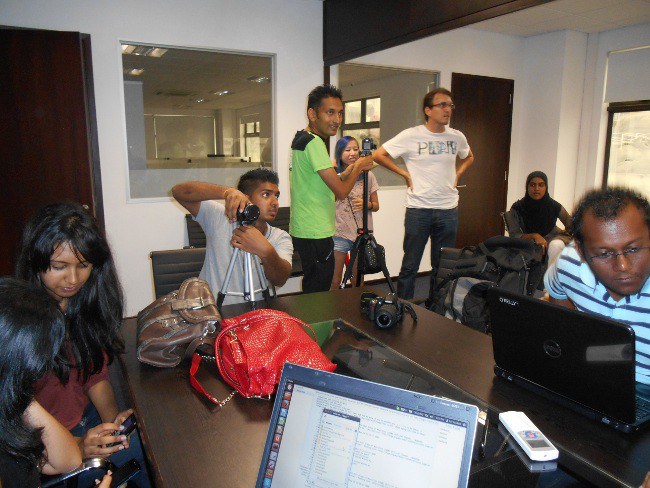 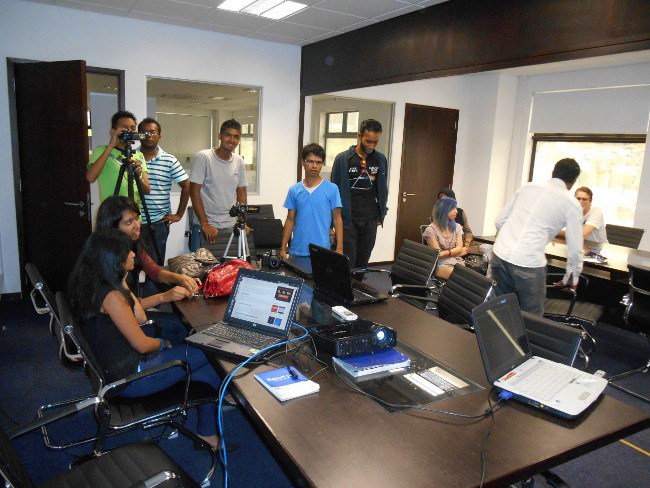 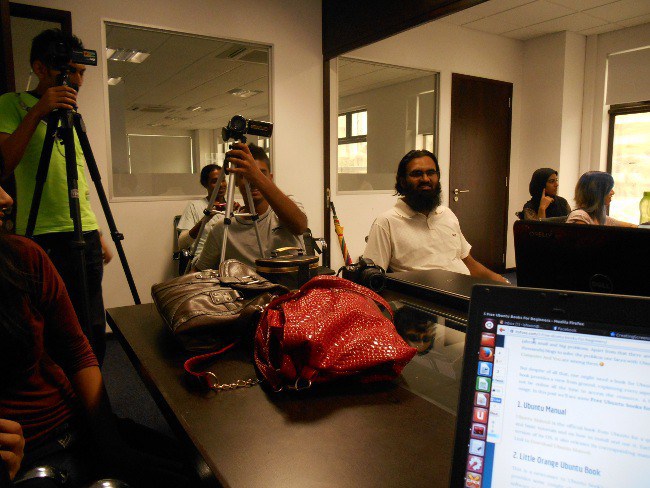 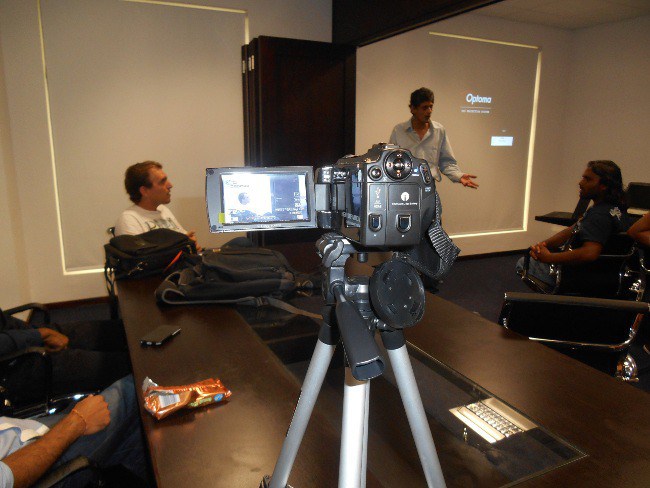 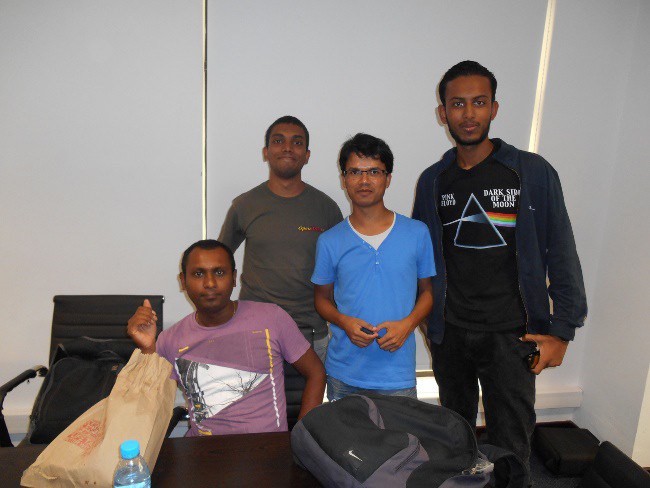