Developers Conference 2015, the much awaited event kicked off today at Voilà Bagatelle. I picked up Shelly on the way this morning and reached some time before 09h00. A small group of people were having casual chit-chats at the hotel’s entrance. Some of them were familiar faces, while some were user group fellows. I greeted them and got engaged in the chit-chat too.

I met Vincent who was kinda busy with some handout preps. Other folks were rushing with the badges shuffling. Chill guys, that was just a minor issue among the geeks. JoKi showed up a while later and suggested we could move to the fourth floor where the Keynote was scheduled, and that we collect the badges afterwards. 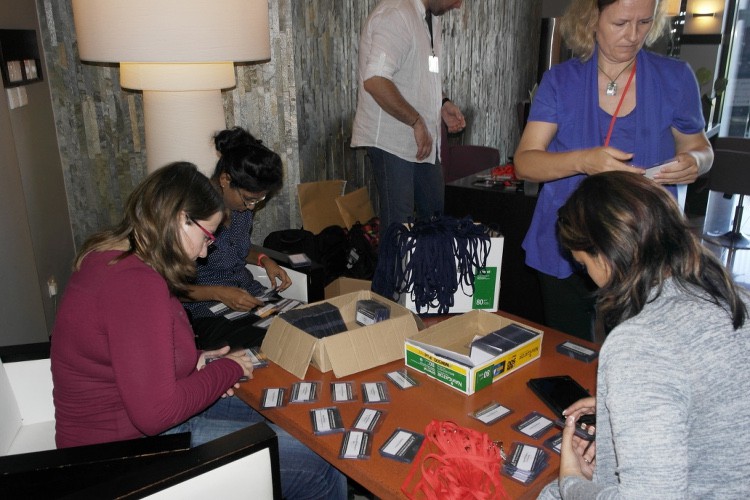 Within a couple of minutes the conference room filled up. JoKi welcomed everyone and gave details about the Developers Conference. Okay, I will be honest here; I wasn’t paying much attention because live “tweeting” was more important :-) Yog was sitting in the front row with other folks and he eagerly showed me his new creation; a mobile app that could read a “site plan” on paper and propose a “3D model”. I couldn’t get into a deeper tech chat about the app as he was far and talking loud would create noise in the room. So, I would just tweet, have quick chats with Humeira on the right, Shelly and Nadim on the left and wait, it was great to poke Saamiyah who just showed up in the front row. Cool. We were now having a great geek team. Some other folks got lost in the “crowd” but we were able to catch up afterwards. 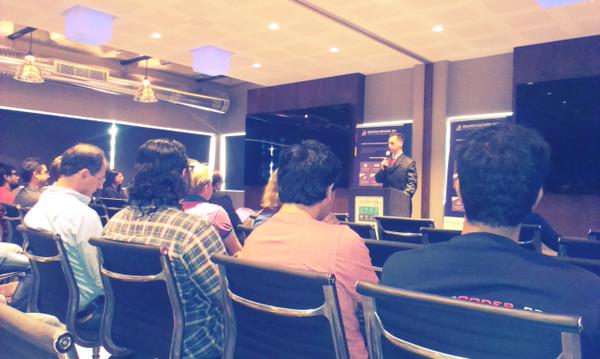 There was a usual protocol of welcoming participants, thanking sponsors and the game was ON!

We took a short break and I met a couple of folks, well, they were just everywhere :-) In there corridor, on the terrace, in the lounge, everywhere you could see Geeks with backpacks. That alone announced an awesome day ahead. I met SM in the terrace and we discussed some “professional” matters pertaining to the Mauritius Internet Users (MIU). Aww! We had a MIU presentation scheduled by the way.

A while later we just spread around the hotel attending the different sessions of prez/talks. Shelly, Shamsher, Nadim and I attended the Google Developer Group (GDG) intro by Yannick Labonne that was happening at the Accelerator in the third floor. 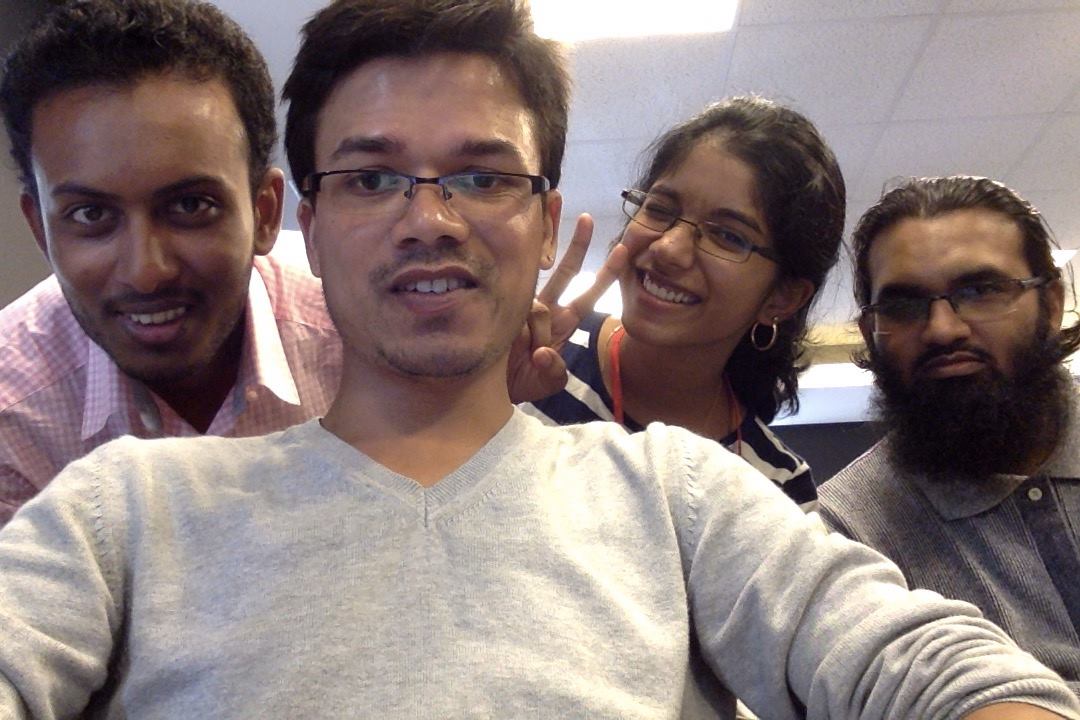 At the same time JoKi did the Mauritius Software Craftsmanship Community presentation in the conference room in the upper floor. 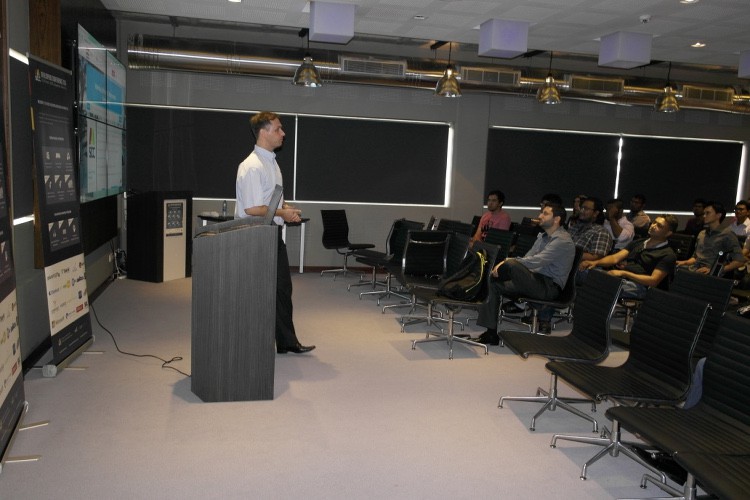 Minutes before Yannick’s presentation could finish we rushed back to the conference room. The Mauritius Internet Users presentation was scheduled at 11h00. SM lead the prez while Shelly and I were supporting with additional information, giving examples etc. Our aim was to make the prez “interactive” so that non-tech guys could be comfy. Oh, wait, non-tech guys in DevCon? Why not? We’re in Mauritius :-) 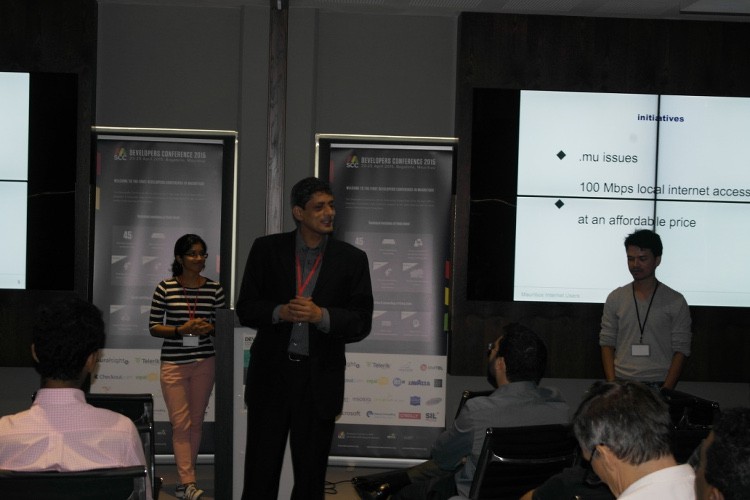 SM, Shelly and me 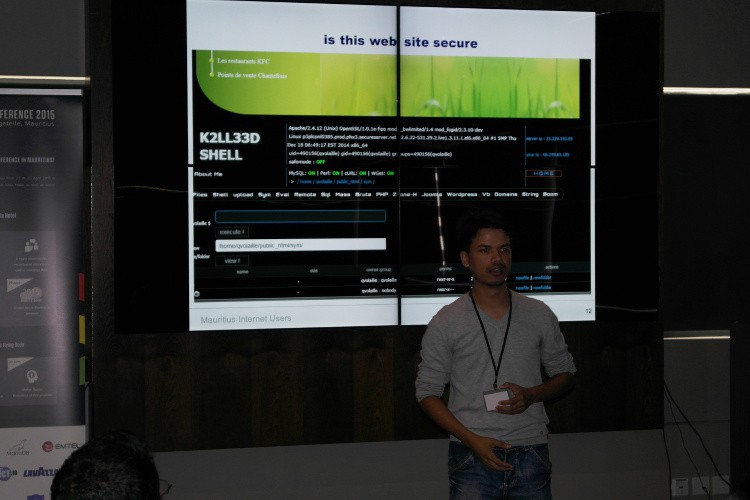 Damn. They got me showing this.

After the MIU prez we rushed to Bagatelle FoodCourt for lunch. We discussed a couple of stuffs for our next prez which was about the Privacy Assessment App. To support us on the same the Data Protection Commissioner, Mrs Drudeisha Madhub, did the introduction of the topic.

SM shared the Privacy Assessment application, which until now was not public. I will write about the webapp in a separate blog post.

Later in the evening we had our Ubuntu Release Party scheduled. It was planned at the Flying Dodo Conference room. We moved there around 15h30. Sadly, Ubuntu 15.04 Vivid Vervet was not released yet. So, we had a pre-release party with geek stuffs. 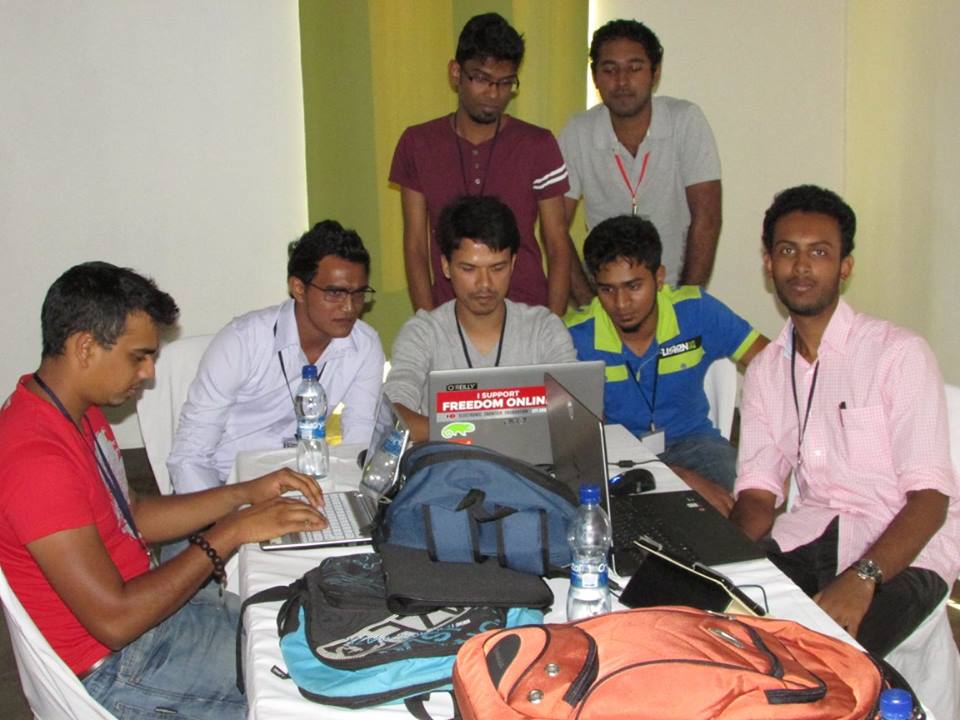 Oh. I think I’ll just hit the bed early tonight and have yet another awesome day with geeks tomorrow. 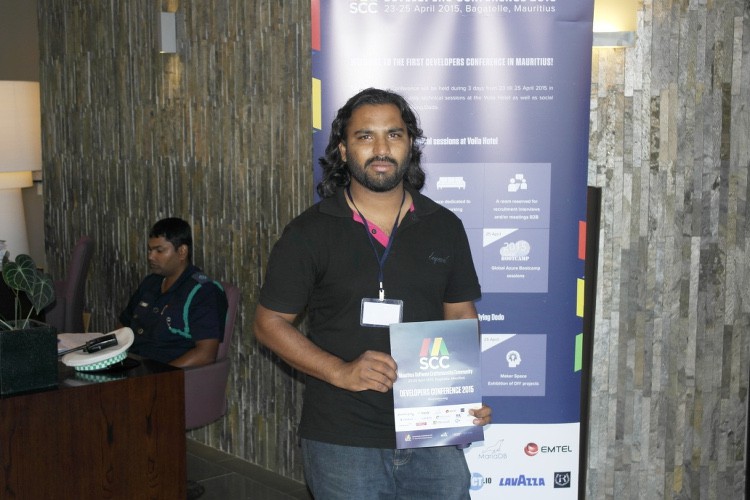